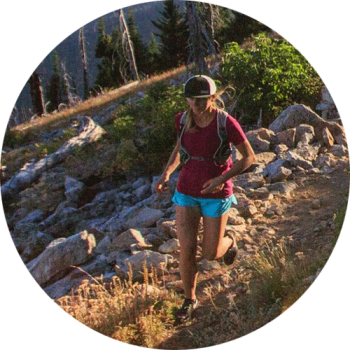 Brittany founded Magnetic North, her mountain endurance coaching business, in the summer of 2012. As a coach she partners with athletes to create movement, recovery, and self-care solutions to help them thrive in the alpine environment. Using modalities such as visualization, journaling, gait analysis, mindfulness, and strategic training programs she builds self-sufficient athletes who achieve their mountain tasks without injury and while experiencing a heightened level of connection with their natural surroundings. Her clients encompass the pregnant ultra runner, the weekend warrior, the all-female high-altitude expedition team, the hard climbing mom of four, the mountain guide, and the US Military Special Forces wunderkind – they all benefit from a more mindful way to move.

Brittany seeks to become a well-rounded mountain traveler. In pursuit of that lifetime goal she has led four international expeditions on some of the world’s highest peaks, honed water ice skills on the massive drips of the Canadian Rockies, climbed long alpine rock routes in the North Cascades, completed multiple winter ascents of Ti’Swaq’ (Rainier), speed climbed and skied local peaks, and completed twenty-seven solo, unsupported ultra-distance mountain runs—without overuse injury. She continued progressing on ski, foot, and fingers in the mountains through all forty weeks of pregnancy. Her work has been featured in national grassroots and mainstream media and has been translated into seven different languages. She is currently writing a book which will establish a new paradigm of pregnant athleticism. On recovery days she fly-fishes and stalks grouse with gusto.

Brittany holds Wilderness First Responder and AIARE Avalanche II as well as a BA in Political Science from the University of Washington. To advance her knowledge of the physiology of endurance she has studied in the cadaver lab and as a home birth doula. Her professional experience includes a decade planning and implementing large-scale public health programs on four continents.