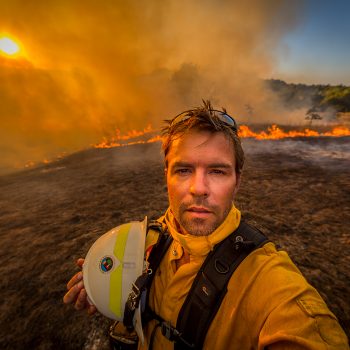 Photographer Jason Houston has spent over 20 years photographing community, culture, and how we live on the planet for editorial and NGO outlets ranging from National Geographic, The New York Times, Smithsonian, and Science Magazine to the Pulitzer Center, UNESCO, and The Nature Conservancy. His engaged, long-term approach to complex issues captures informed, authentic narratives that help educate the public and guide social and environmental change. Recent projects include indigenous rights and isolated tribes in the Peruvian Amazon, fisheries on both coasts of the United States and throughout the developing tropics, wildland firefighting in the American West, and his daughters climbing wall in their garage at home in Colorado. The recent book, “Reclaiming Our Food: How the grassroots movement is changing the way we eat”, which featured 12 feature length photo essays by JasonHouston, was named one of the “Top Ten Books on the Environment” in 2012 by the American Library Association and in 2015, Jason was was named one of the “World’s Top Wildlife, Nature, and Culture Photographers” by Origin magazine. He has lectured and led workshops on doing cause-driven photography at Anderson Ranch, Telluride Photo Festival, Harvard, Yale, Duke, Williams College, The Nevada Museum of Art, San Francisco Art Institute, Mountainfilm, Wild & Scenic Film Festival, Colorado Photographic Arts Center, and many more. Jason is a Senior Fellow in the International League of Conservation Photographers, a Senior Fellow at Wake Forest University’s Center for Energy, Environment, and Sustainability, and for 8 years Jason also worked as the photography editor for Orion magazine.