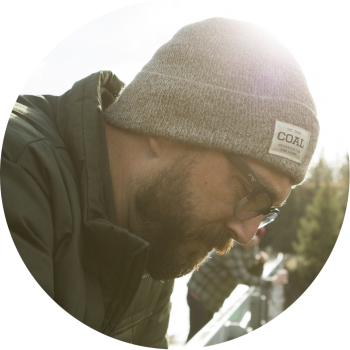 I am a freelance filmmaker specializing in producing, directing, writing and cinematography. I have over 15 years experience in every aspect of production.

My parents raised me and my siblings to believe that experience and adventure were most important. My philosophy has always been to say yes, even if scares the hell out of me. Because of this, I traveled the world and took jobs that made me happy rather than rich. Which is how I ended up sewing backpacks for a religious zealot, substitute teaching at my own high school, touring the country with a band of skateboarders, and inevitably using a camera to tell stories.

Over the years I have filmed split boarders on Mount Rainier, river surfers deep in the woods of Montana, ice climbers in Alaska and skateboarders in Egypt. I have made reality tv, short and full length documentaries, commercials and live television. I have worked with the salvation army, junior achievement, Washington State University, Whitworth University, AT&T, Scosche, Grim Blades, Mophie, PF Flyers, Benny Gold, Discovery, Nat Geo, HGTV, Spike, History Channel, Outside Television, Eddie Bauer, K2, Kodak and many others.

My films have been screened around the world and I have been fortunate to be invited to a long list of film festivals including the Banff Mountain Film Festival and Mountain Film in Telluride.