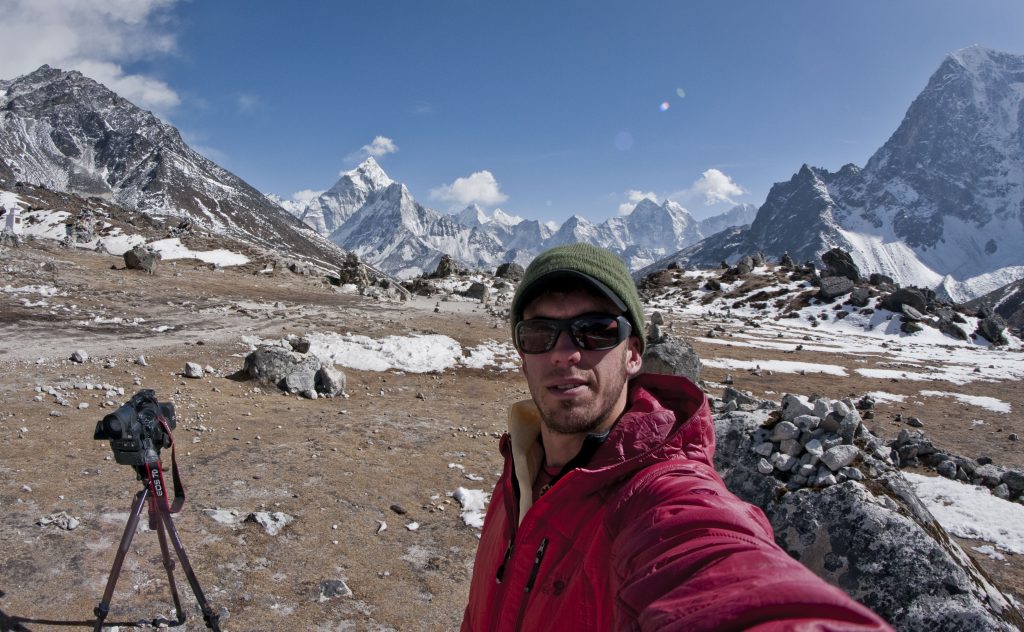 Jim Aikman remembers his first climbing experience vividly—if not fondly. “I went to a climbing birthday party at a gym in Kalamazoo in fifth grade or something and I was scared shitless,” he says. “I hated it.” Despite his fear of heights, he eventually came around to the sport thanks to a bit of college romance. “I kind of had to learn to climb or find a new girlfriend,” he laughs.

The real punch line, of course, is that Aikman is now an award-winning adventure filmmaker who spends much of his time chasing vertical in pursuit of stories about some of the world’s preeminent climbers—athletes like Jeff Lowe, Conrad Anker, Pamela Shanti Pack, Kai Lightner, Ueli Steck, Alex Honnold and Dean Potter, and Beth Rodden—while working with some of the outdoor industry’s biggest brands.

While it took some work for Aikman to eventually become comfortable dangling from rock faces, he’s always been drawn to the spirit of adventure. He recalls summers spent building tree houses and roaming the vast forest that backed up to his childhood home in Michigan, and trips where his father would hire a pontoon plane to drop them off in isolated pockets of the Canadian backcountry so they could fish in solitude. He also developed a twin love of literature and cinema; of the latter, he was especially drawn to the Indiana Jones movies. “[They] just sort of epitomized getting out there with a goal, getting into trouble and hitting obstacles, and finding a way to your goal as everything is constantly changing around you,” he says. “That’s an adventure.”

During his senior year in high school, Aikman worked his schedule so that he could spend several hours a day in the school’s “incredible video and TV program,” then continued his studies at the University of Michigan, where he graduated with dual degrees in Film and English Literature. While he was still in school, the Banff Mountain Film Festival came through Ann Arbor; the experience of watching those films changed his career trajectory. “I always thought I would just move to L.A. and work in narrative film production,” he says. “But I finished school and I was like—I kind of want to go film birds in, you know, Papua New Guinea.”

It didn’t work out quite that way. After leafing through the festival’s program, Aikman reached out to the filmmakers who had worked on his favorites. After landing several interviews, he drove out to Boulder and accepted a position with Sender Films, where he worked on projects like the REEL Rock Film Tour, the National Geographic television series First Ascent, and helped master the now-classic climbing doc The Sharp End. At Sender, Aikman found the perfect place to hone his skills as both a climber and filmmaker.

He also found a sense of purpose. During production on First Ascent, climbers Jonny Copp and Micah Dash, and Sender Films’ Wade Johnson were killed while on an expedition in China. The tragedy hit Aikman hard—all three had acted as mentors to him—but it also inspired him to find ways to continue their legacy through his work. He became more deeply involved with Boulder’s Adventure Film Festival, which Copp launched back in 2003. He also wrote and co-directed The Kyrgyzstan Project, which follows Matt Segal, John Dickey, Eric DeCaria during an expedition to its namesake country, where all three—including Segal and DeCaria working through the loss of their friends during the accident in China—find both challenges and healing. It was Aikman’s first film to be picked up by Banff and make the festival rounds, closing a loop of sorts. 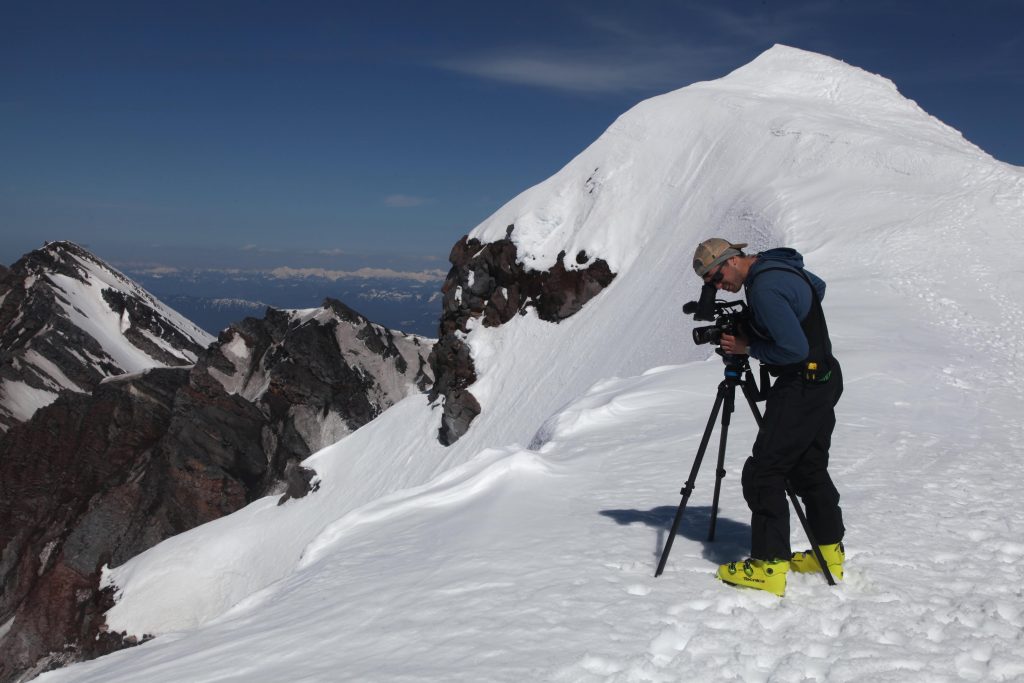 Aikman has since formed his own production company, Bedrock Film Works, with filmmaker and alpinist Graham Zimmerman. “This is a great partnership, we’re perfect for each other,” says Aikman. “It’s kind of become a marriage.” The two have pooled their vast talents to create work for a slew of big shot outdoor clients: Outside, REI, Eddie Bauer, Outdoor Research, American Alpine Club—the list goes on. “I try and draw a very bold line between documentary and branded content,” says Aikman. But he sees the value in both. “I think working with brands to convey messaging in a way that’s engaging is a great challenge because you get to still be a storyteller, but you’re having to sort of hide all these other messages within a piece.”

Whether commercial or documentary, a compelling, high-stakes story is central to Aikman’s work. He is an ongoing student of narrative theory and an admirer of the science of storytelling, considering each element—loss, challenge, breakthrough, growth—and mapping them on paper before a single frame is shot. His favorite subjects are comeback stories, particularly those where a character is battling something beyond the rock itself. “Bedrock, the name of my company, comes from a Kerouac concept—the dark night of the soul—when you’re scratching at the bedrock of your soul,” he says before adding with a laugh, “Not to get pretentious!”

Aikman’s work is nowhere near pretentious, of course, especially because he approaches each story with the goal of helping the audience recognize the human element tucked within the adventure. This was the case with what is arguably his most well-known film, Jeff Lowe’s Metanoia, which follows the iconic alpinist’s challenges both on the world’s highest peaks and at home when he struggles with the progression of a neurodegenerative disease. As with any film that explores the high stakes of our internal and external worlds, Aikman had to find a careful balance in his approach. “There are always sensitive elements to these stories and there’s always something for people to be upset about, so I think the challenge is just sticking by your vision,” he says. “These are the stories where you’re lucky to have some real meat on the bone, so it’s a double-edged sword.” 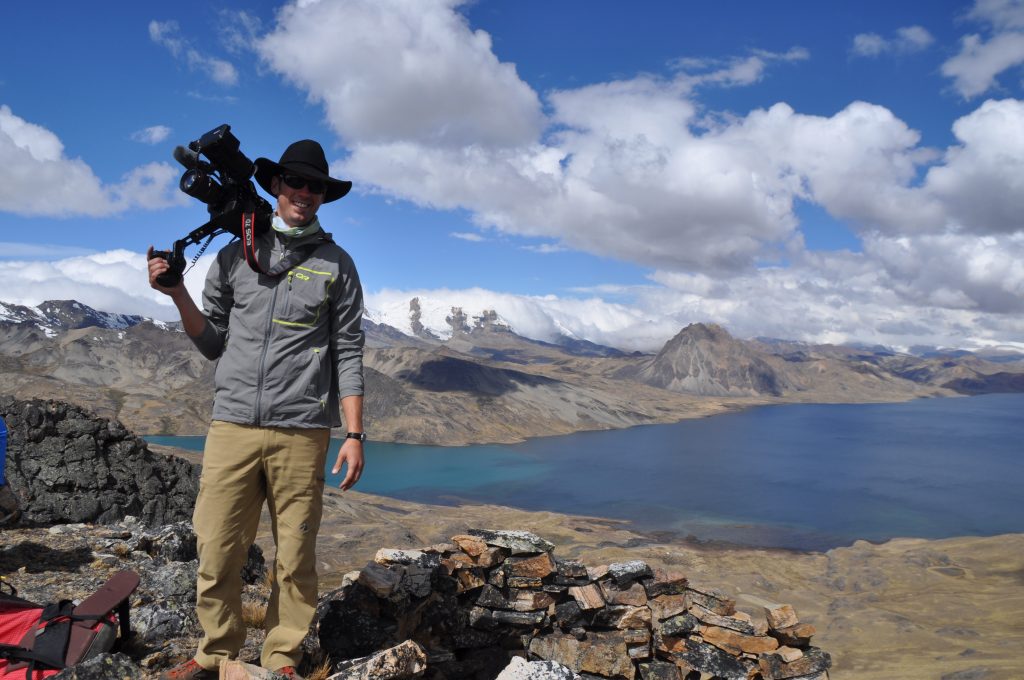 This fall, Aikman and Zimmerman have their hands full, as usual. Their docket includes a pair of documentary shorts, an instructional series, a feature-length documentary set in Peru, and as always, the development of new projects. Aikman will also devote time to leading Adventure Film School’s workshop at Boulder’s Adventure Film Festival in October, his opportunity to give back to the film and adventure community—just as mentors like Jonny Copp, Micah Dash, and Wade Johnson did for him.

Can’t make the Adventure Film Festival workshop? Here are some of Jim’s thoughts on the craft of adventure filmmaking:

The biggest lessons he’s learned as a filmmaker
My biggest lesson has been to pull back. Let the story be less heavy-handed and pithy so it becomes more immersive for the viewer who isn’t always told how to think or feel.

The importance of education
A lot of people like to say that you don’t need to go to film school, that you should just start working, and that it’s a waste of money or time. I disagree with that. I think that the institutions of filmmaking and journalism are important institutions and that you should educate yourself, just out of respect for the craft. That doesn’t mean you have to go to college or a fancy film school – just keep learning and studying so that we can elevate the genre, as a community.

Learning to deconstruct stories
You can treat anything as a text. If you’ve got a favorite movie, sit down and deconstruct it into all the different parts; think of it as the writer would. In a lot of ways, storytelling is just kind of color by numbers. There are these plot points and these twists and turns you need to hit throughout any story, so just identify what those things are.

The most important skill for adventure filmmakers to develop
Finding your story in the field and reacting in the moment to changes, because you can put as much down on paper before a shoot as you want, but you still need to be able to recognize where things are going in the field and always be thinking as a producer—Ok, we thought the character’s challenge was this, but maybe it’s actually this—and being able to adapt and identify those plot points and the character’s journey.

Advice for documentary filmmaking
This word gets over-used, but I think authenticity is imperative, even if it’s somewhat manufactured. It’s difficult to do it right, because as storytellers we want to make sure our audience doesn’t miss anything, but let the story tell itself to a certain extent and always try to capture true/raw experiences.

Working with brands
At the end of the day, especially in the outdoor industry, people just want to work with folks that they like. I mean, the quality of the work comes with that in a big way, but there’s so much about that synergy and teamwork—a brand needs to feel like you’re on the same page. Early in my career, I made the mistake over and over again of coming into the branded content world and being like, “My vision…” and that’s not it. That’s never going to work when you’re working with brands, because the customer’s always right

Patience is key
Know when a story is ready. Don’t get ahead of yourself. It needs to start with something that’s fully baked as a good story. We often encounter [a situation where] someone comes to us and they’re like, “We want you to make a film about so-and-so climber.” It’s like okay—what’s the story? What are they going through? What’s their experience? The fun part starts when you have to go and find it. Don’t just show up with the camera and try and find it in the moment—do your due diligence.

Final advice
Find the right story to tell—and be your own harshest critic.

All photos courtesy of Jim Aikman

A Storytelling Conversation with Daniel Galhardo...
10 Podcasts Every Adventure Filmmaker Should...